I can't believe how late I am {FINALLY} getting around to posting this! Ah, well, better late than never.

So this past August was the third year I've gone to the "nerd" convention called Fandemonium. It was lots of fun, as always, although a little more difficult this year than last. Remember this little cutie? 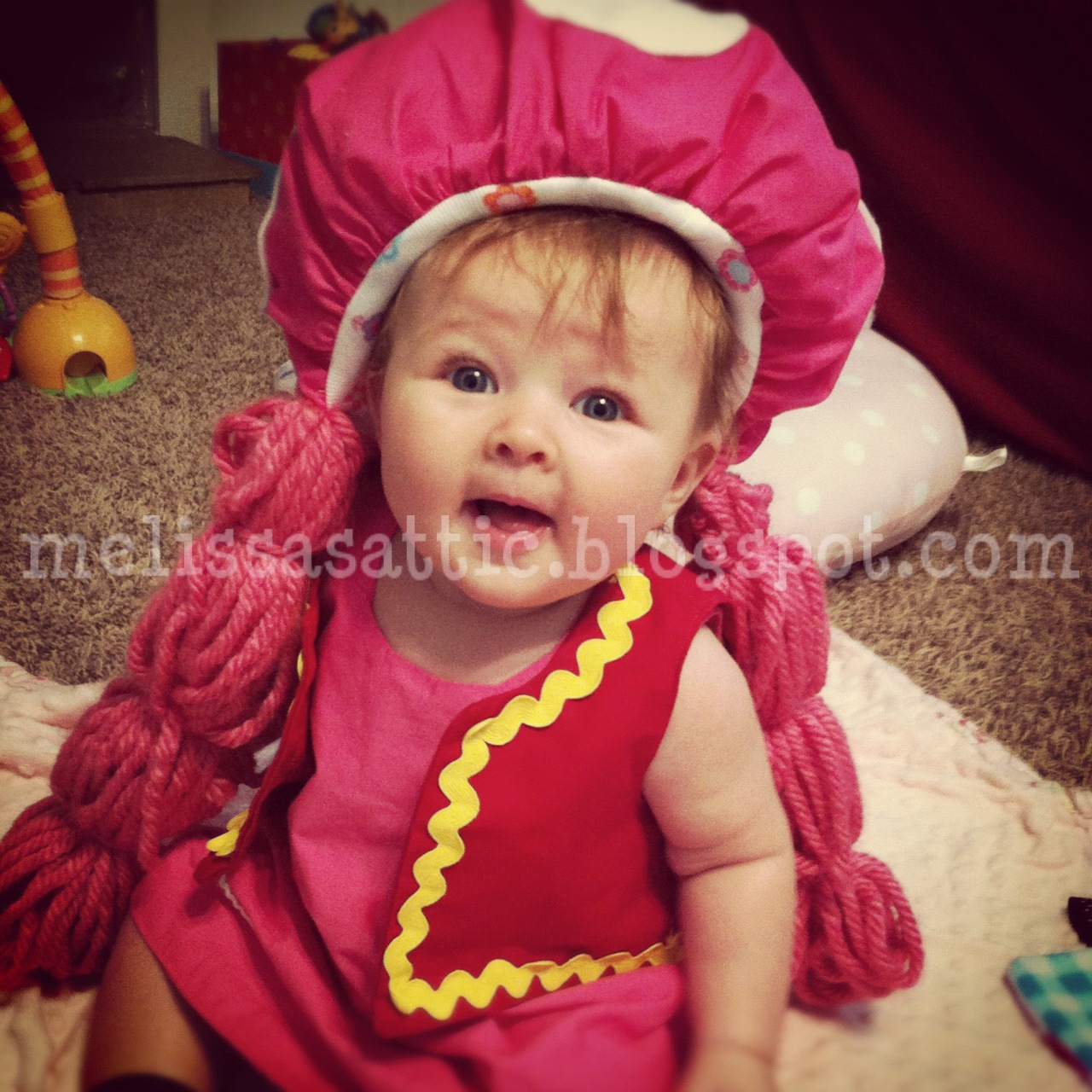 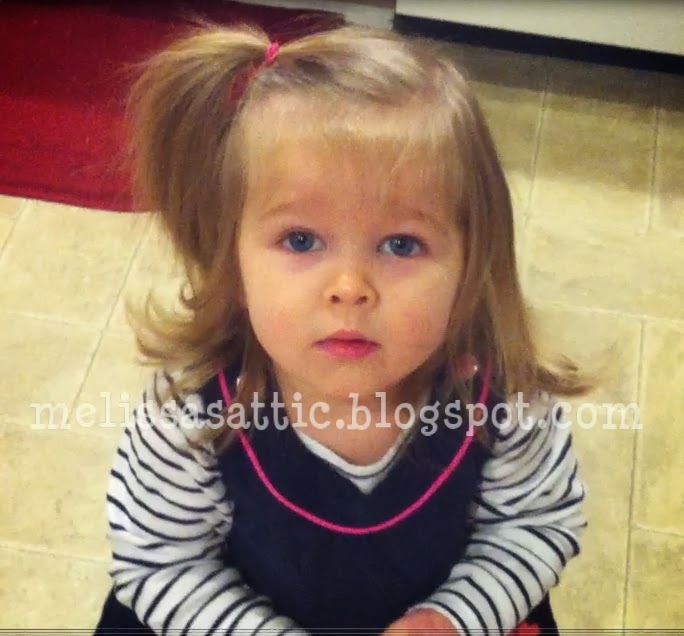 Anyway, we had a great time, but we were definitely kept busy with her around. Plus it wasn't very easy for this pregnant mama to chase her either. Good thing Daddy was there to help out. :)

So, I know that I mentioned about a year ago (how time flies!!!) that I was going to cosplay Rainbow Dash. Well, I changed my mind. I like Rainbow Dash and all, and as much fun as it would have been to have awesome rainbow colored hair, I just wasn't feeling it. I felt like I had chosen to cosplay her because she was cool, everyone would think I was awesome, and she's popular. But really, as great as Rainbow Dash is, I realized that she's just not my favorite pony. Actually, I really do like all of them, but I do have a few that I like just a little more, and then one that I like just a little more than those.
My favorite pony is the lovely Rarity. I know, I know, everyone seems to think she's self-centered and boring, but I just find her absolutely hilarious! I've never really taken anything she's said too seriously (like as if this show is all seriousness anyway, right?), and if you don't, then she's just so funny! Plus she loves to sew and create, and so do I, so there's something that we have in common. :)  Plus, what's not to love about that accent of hers? I'm not even sure where exactly that accent is from (it's not quite British, but close), but it sounds lovely! Also, I've seen some people say before that she isn't at all generous. Um, false. In the episode where she is making dresses for her friends for the gala, she changes every single detail of her original ideas for the dresses just to make her friends happy, although she knows they are terrible. Not to mention all of the extra, painstaking work of having to make everything exactly how they want it. What's not generous about that?! If I were her, I would have told them, "Too bad, this is what you're wearing because these look fabulous and your ideas stink!"

Okay, this post wasn't necessarily supposed to be about my favorite pony, so we'll move on to the actual project now. :)

There were quite a few parts and pieces to this costume. Getting ready took a bit of work, but I think it was well worth the effort.

First off, Rarity has long, purple, curly hair, so I had to get a good wig that matched that description. I found a great seller on eBay called cosplaydna. They have soooo many wigs to choose from, they are great quality, and they are a great price as well! Here's a picture and link to the one I got: 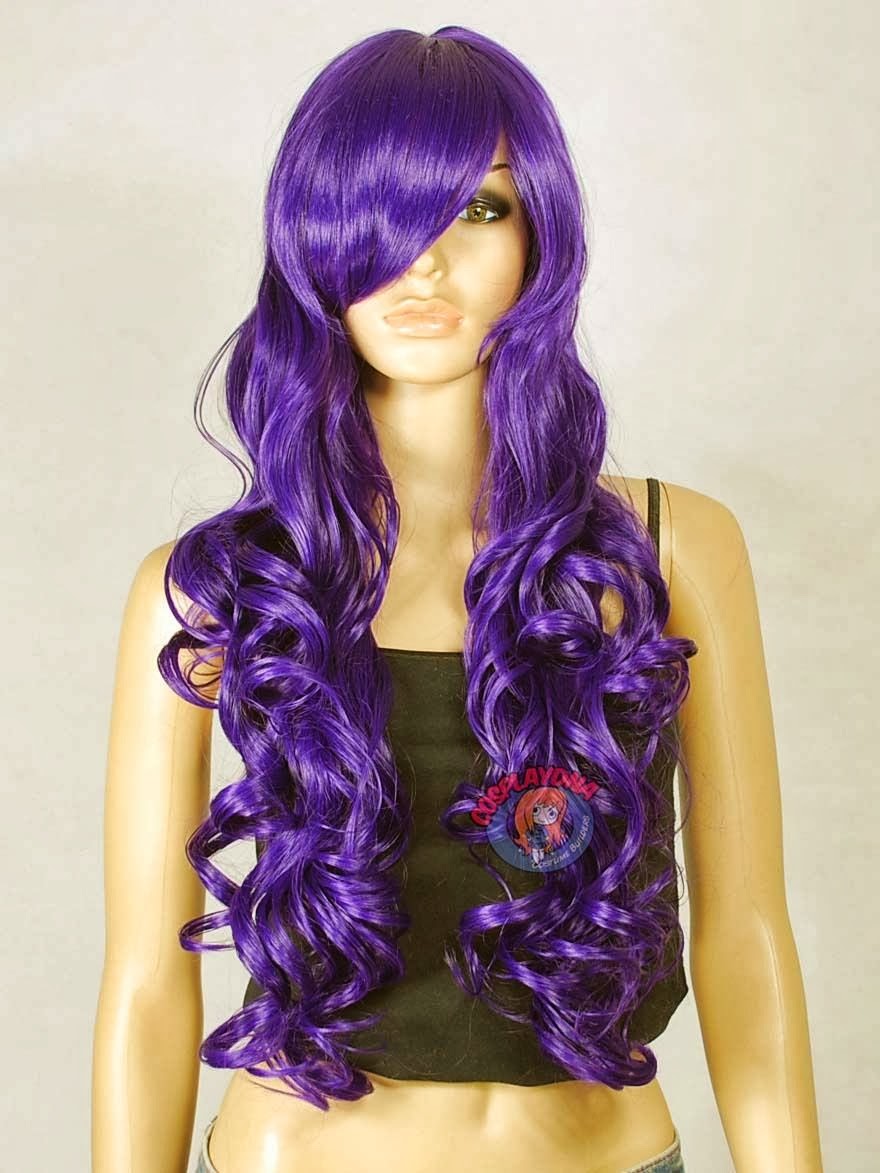 My one disappointment with this wig is that it wasn't quite as curly as it is in the picture. It still looks great though, so not a big deal. :)

Next, I needed ears and a horn, since Rarity is a unicorn. I found a simple tutorial online for how to make ones out of felt, but the idea just wasn't working for me. I wanted something that was going to look really good. So after some searching, I found this on Etsy: 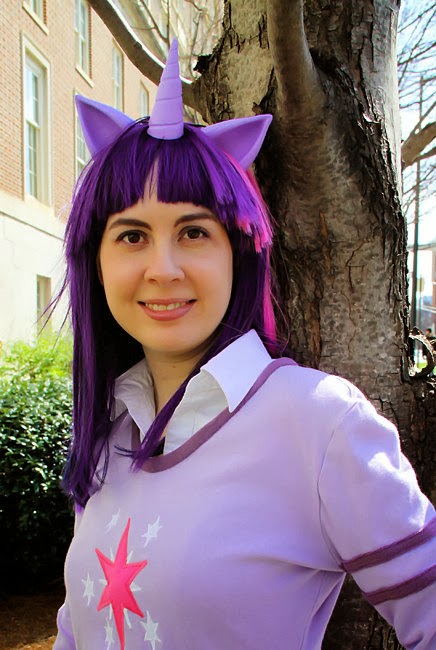 http://www.etsy.com/listing/83086853/my-little-pony-ears-unicorn-set-mlp?ref=shop_home_feat
Seriously, these are GREAT quality, and they look so nice! Definitely worth spending the extra money. :) And I chose the white set, in case you were wondering. ;)

For the "body," I wanted to wear something that I thought Rarity would wear. I felt that she would most certainly wear a dress. My original idea was to sew a knee-length dress with purple tulle underneath and a purple ribbon around a fitted waist. I was so excited because I thought it was just perfect for representing Rarity and then...I found out I was pregnant. Haha! So I had to bag the whole dress idea and find something that my pregnant tummy would fit under, but still looked somewhat elegant. This is what I chose: 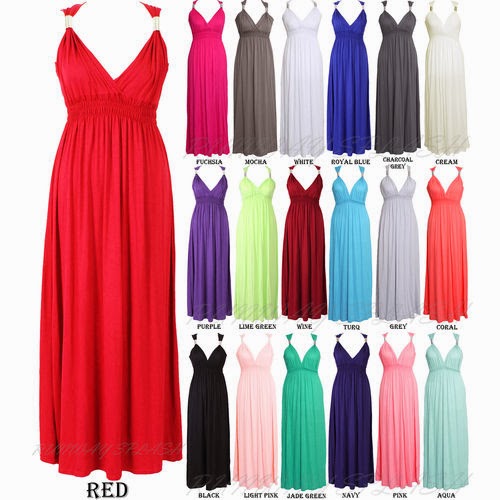 Next, I decided to put a bolero shrug over the dress, mostly because I enjoy being modest, but I also thought a bit of lace would dress it up some. 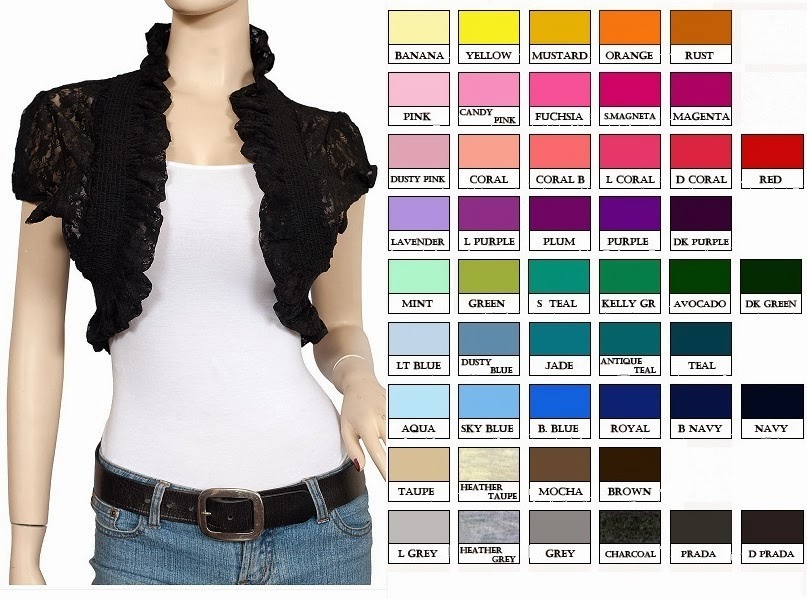 After that, I needed a cutie mark. I had originally planned to find an image online, print it on screen print paper, and iron it to my dress, but then one of my friends, who was cosplaying Applejack, found this on Etsy: 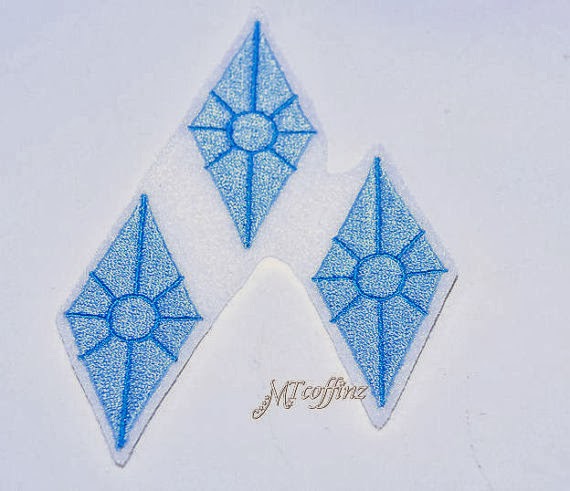 http://www.etsy.com/listing/110582577/my-little-pony-rarity-3-diamonds-cutie?ref=shop_home_active
The color of the thread is actually not quite that bright of blue, but the quality of the embroidery is great, it irons on, and it looks waaaay better than screen printing would have looked.

I then added big, voluminous false eyelashes the I bought from Claire's. I also added some diamond pearl earrings and a necklace that I already owned. I wanted to wear some white high heels since I know that Rarity would wear only the  most feminine and fashionable thing, but pregnancy and high heels do not mix well. Instead I wore some flat sandals that had diamond looking jewels on them, because if Rarity can't have high heels, I know she would never pass up diamonds. ;)

So that's everything I did for my cosplay. Funny that I didn't sew a single thing for this one, haha! But here is the finished project: 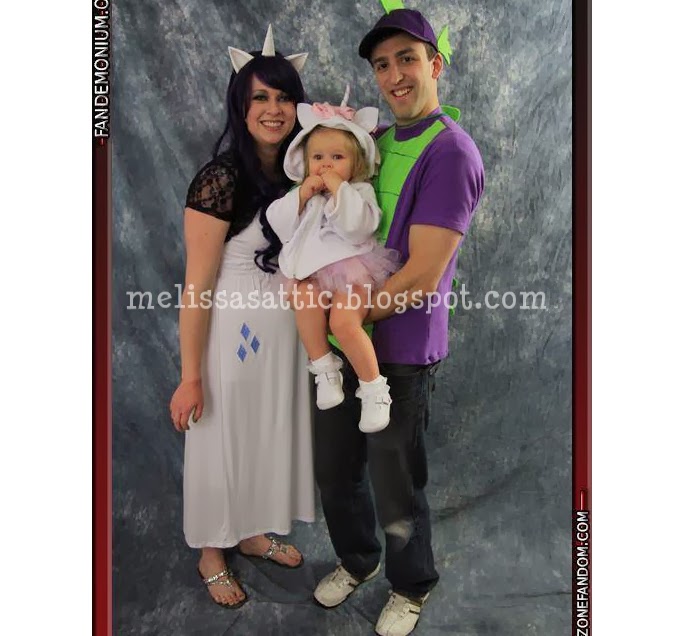 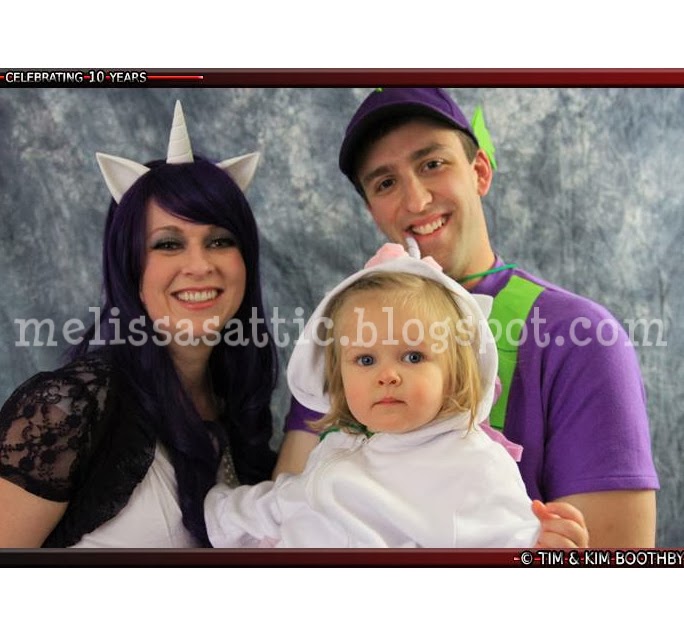 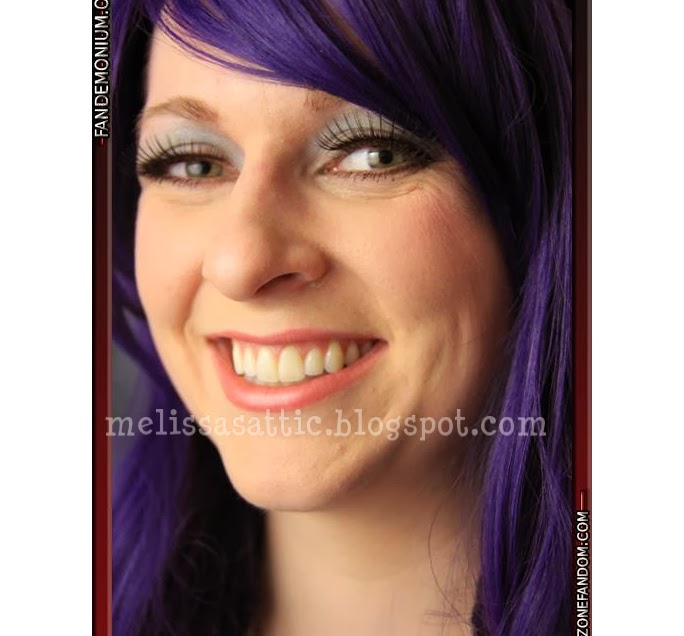 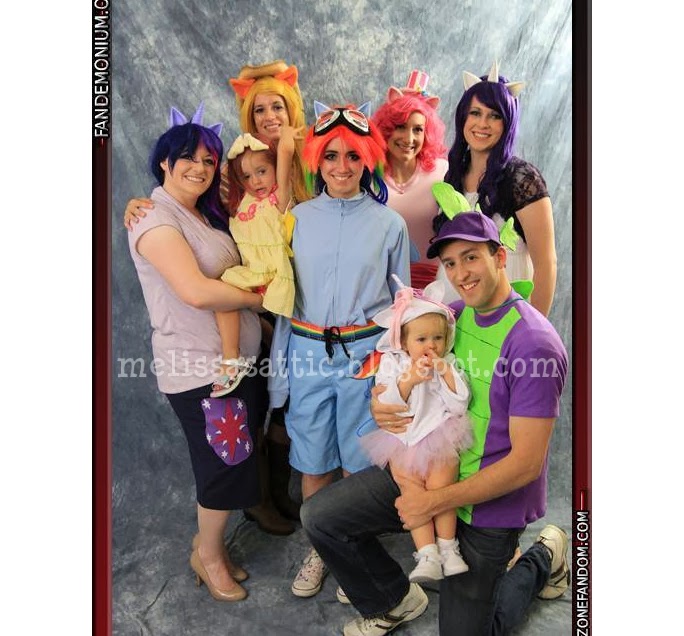 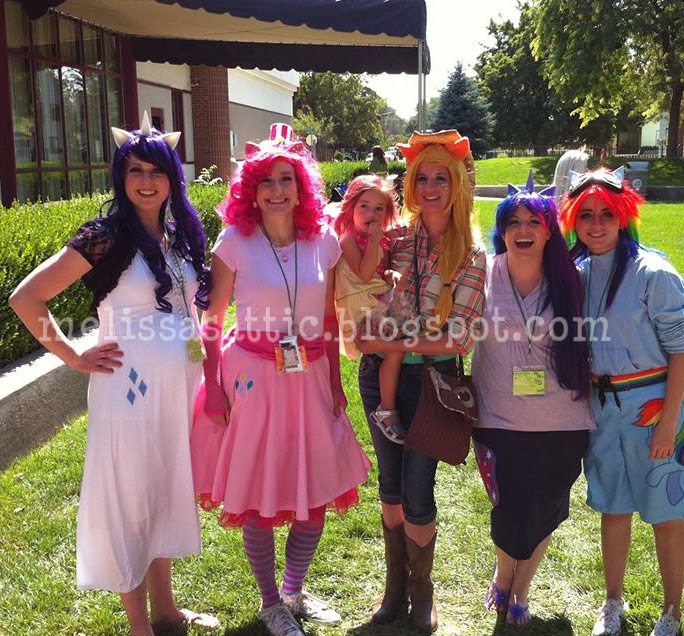 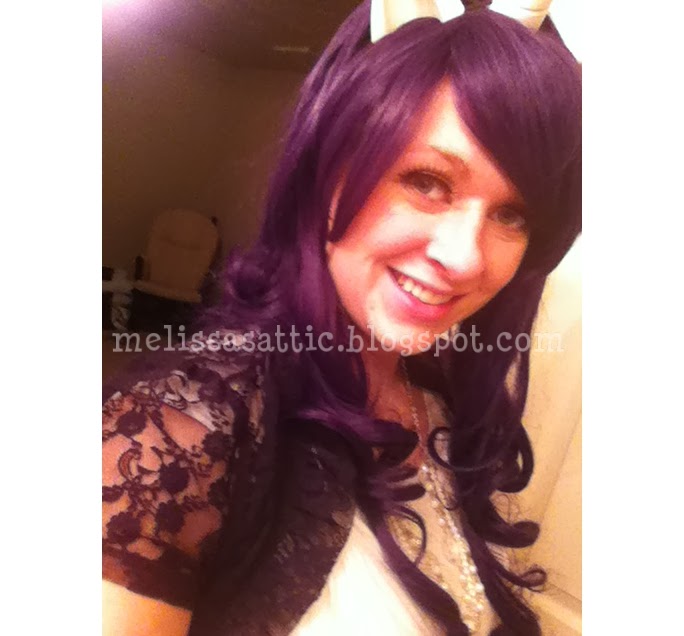 Totally loved doing this! It was so much fun! Here's to Rarity- BEST PONY!!! :)